THE SOMETHING OF ZERO

THE SOMETHING OF ZERO 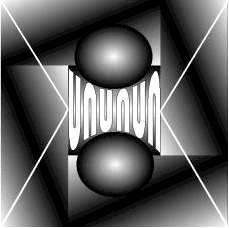 The education system I created can answer such mathematical question {The Base ten quandary- ununun.org) and make it applicable to science, mathematics, physics, biology, psychology, athletics, neurology and decided to do so now with the start of the new school year:

Zero or the symbol that represents “nothing,” is nothing new.  Here is the new zero; it’s something nothing never realized, nor can ever realize. The realization of one’s being is the true essence of potential and nothing has no potential and thus, it must remain nothing.

Such does not represent zero.  For zero to be and or become something, it must NOT be nothing!

In science, potential has value, even if that value is in-determinant.  Value can never be nothing?  Why?  Because it IS something and scientifically, something can only be its pre-determined potential of being.

Zero is NOT nothing, zero is something, for it has the potential be any numeric value to infinity.  Nothing has no value, so it can only be and or become nothing.

Zero equals potentiality.  Nothing can only produce nothing.   Science says, like creates like; which means, because nothing has no potential and thus, no value, it can only be and or become nothing.

Zero is and has the POTENTIAL to become and be one or represent any or all mathematical values.

I am one hundred percent sure, science can’t theoretically or practically prove nothing existed and or exists.  Nothing has not value, is undetectable, nonexistent and thus, unprovable.

Teacher asks your child, “What are you doing?”  Child responds, “Nothing!”  That is just a reflection of potentiality and its lack of application being employed by the child.  The child’s nothing represents a state of potential.

Nothing can only represent nothing and nothing can’t be a state because it has no potential and is nonexistent and or can’t be accounted for.

Zero represents a state of potential.