Tate Modern London Gets Its First Taste of NFT Art

Tate Modern London Gets Its First Taste of NFT Art 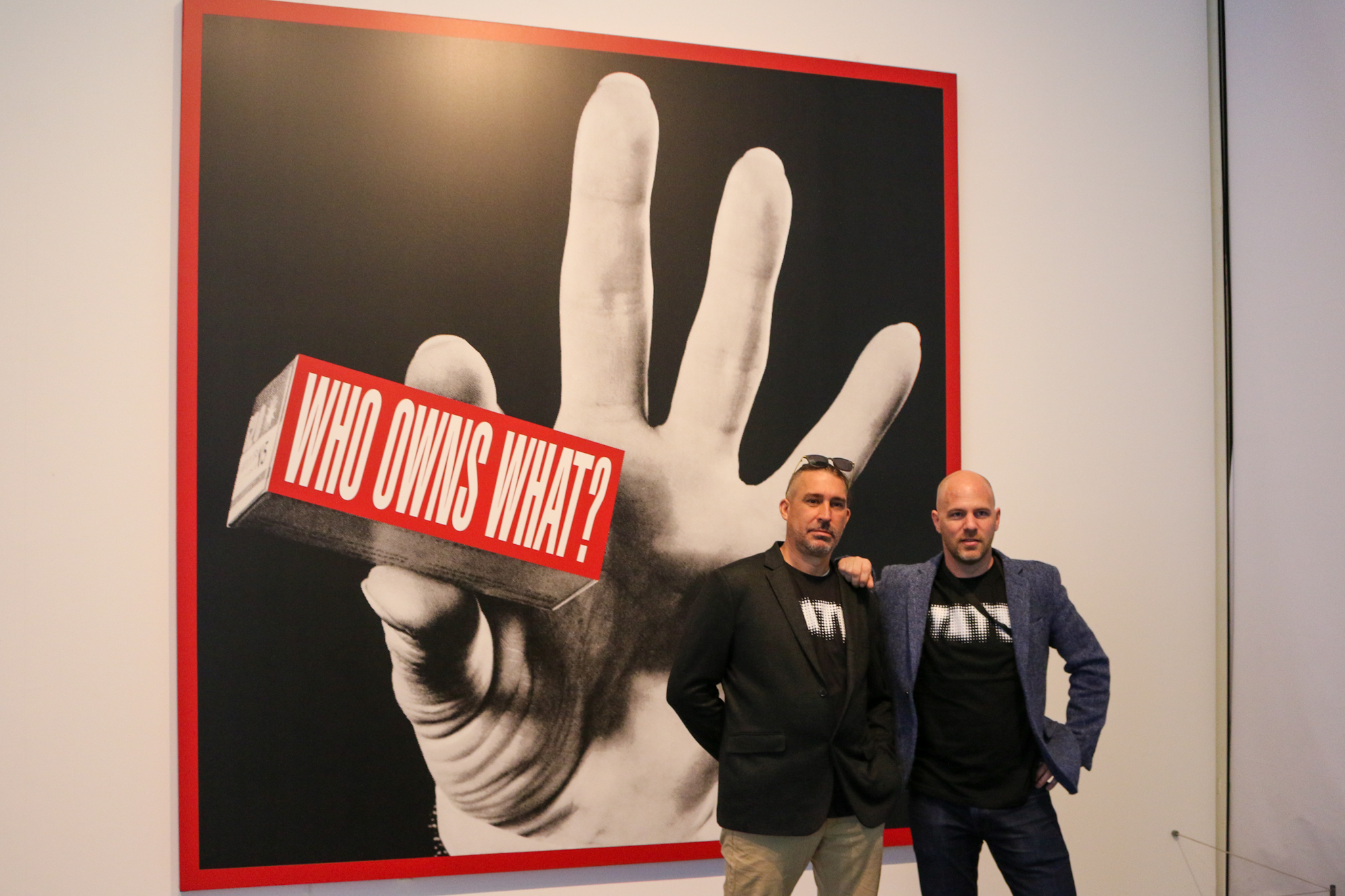 London, United Kingdom - 10/11/2021 — An NFT exhibition at the Tate Modern London sounds like the perfect fit.

But without the right contacts and a lengthy stay on the waiting list, it’s almost impossible to get your work displayed.

So last week, Alpar and his crew decided to dodge the red tape and organize a groundbreaking NFT exhibition of their own at the Tate Modern London.

"We found the perfect spot. An exhibition that deals with ownership, called ‘Who Owns What?’ by Barbara Kruger,” said Alpar.

According to the Tate*, “The text speaks directly to the viewer, implying a reconsideration of questions of property and class and commenting on the distribution of economic power in society.”

“What could be more appropriate for the NFT exhibition? NFTs are challenging the norms and doctrines of the art world while tackling digital ownership at the same time,” Alpar continued.

The stunt took careful planning. First up: finding an exhibition that fitted the theme. Once ‘Who Owns What?’ had been selected, it was time to scope out the venue. Happy that their clandestine plan could be successfully executed, a team of four moved in. Avoiding the guard’s attention, they advanced stealthily from room to room projecting onto walls and surfaces as they passed.

Note: No artwork was harmed during the making of this exhibition.

The contemporary Eastern/Central European artist also showcased his work on giant screens across London, at the bustling Waterloo station where thousands of people pass through every hour, at Tottenham Court Road in the beating heart of London, and in the trendy neighborhood of Shoreditch.

“Through sensors installed on the digital screens, we can measure how many people had the opportunity to see Alpar’s work. Altogether we reached an estimated 43,700 people across London at a fraction of the cost of a gallery exhibition. I’m sure any artists, and even galleries themselves, would be delighted with those kinds of numbers,” said Alpar’s manager, Daniel Vaczi of transformart.io.

Alpar wanted to convey some strong messages with his London performance:

‘Jellyfish in Motion’ NFT art. It symbolizes fluidity, life, and balance in the ocean.

Alpar has been creating art since the mid ‘90s, mixing different materials, techniques, and styles. He doesn’t like to follow a single approach, instead going with what feels right depending on the piece. Visit his online gallery at doczyalpar.com and follow him on Twitter @alpardoczy.