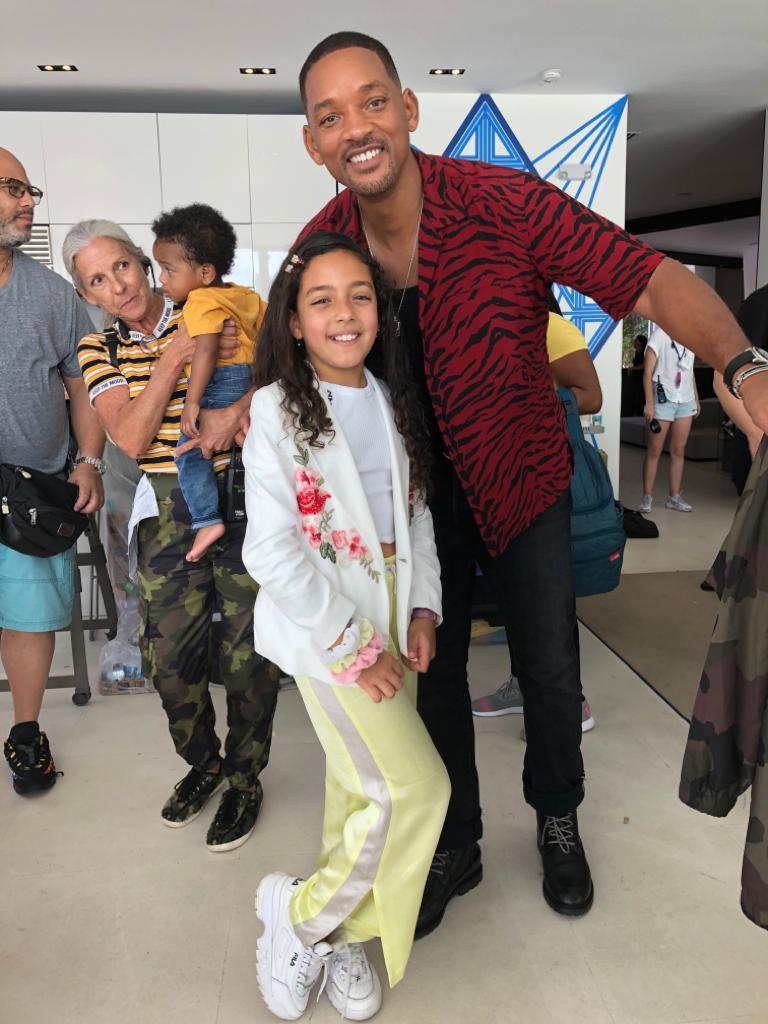 United States, Florida, Miami Beach - 11/11/2019 — This week marks the end of filming As Bad Boys III wraps up their shoot and release their latest trailer announcing their premiere date for January 2020. It was all smiles and timely work as they cast and crew finalizes one of the world's most enjoyed movie franchises prepares for final editing. Camela Luis child singer and actress from Univision’s “Pequeños Gigantes”, got a chance to meet Will Smith, Martin Lawrence and the rest of the star-studded cast for the afternoon. She was able to talk and meet with directors Abdil El Arbi and Bilal Fallah and learn about the differences between movies and TV.

The biggest lesson she learned was how important it is to choose the best locations with the most dramatic vistas for a bigger viewer impact. So, it was only fitting we learn that the secret location of their set was in the heart of Miami at The Deck at Island Gardens, renowned for its amazing, champagne-filled sunsets and mega yachts. When the film is finally released, we know the public will be enthralled by the waterfront views and a sunset you will swear was augmented for the movie.