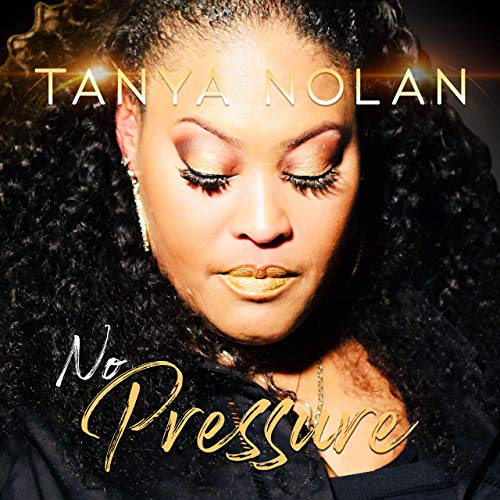 United States - 07/18/2019 — Art Sessionz Recording Ace Tanya Nolan is ready to release the new single and video "No Pressure", on Friday, August 8th, taken from the self-titled debut album Tanya Nolan coming this fall. The single will be digitally distributed around the world by Artsessionz/Bungalo/Universal Music Group.

?Nolan delivers soulful smooth vocal smothered over a sensual beat that's equally soft, produced by Bruce Bang. No Pressure, the explosive new single will be a plus to the much needed radio playlist that has suffered in recent times.

"No Pressure along with All For You, will be sent to radio networks across the country by the time you finish reading this". Explains Publicist Roy J. Thompson.

Tanya Nolan the album, will have twelve dynamic songs something for everyone, singles includes "I Like", " No Pressure", "All For You" and others not mentioned. Tanya Nolan will arrive just in time for the holidays this fall.

Nolan burst on the scene in 2018 when she released the single and video "Love Ya", featuring Houston native Kirko Bangz. Since then, the single has garnered Tanya national acclaim, since its release its been a favorite on R&B/hip hop radio mix shows across the country.

Tanya who is in the forefront of happenings will be featured on the upcoming nationally syndicated television show Celebrity Catwalk as a musical guest, prior to kicking off her ten city "Meet Tanya Nolan Tour" and special guests, and together they plan to raise awareness and funding in support of the many homeless organizations in dire need across the country.

Tanya Nolan is available for interviews, photo shoots, blog casts, appearances, performances, charity functions and any other notable events.  For more information and bookings please contact ArtsessionZ, at (832) 597-1296; and for media information please contact the above media person mentioned.