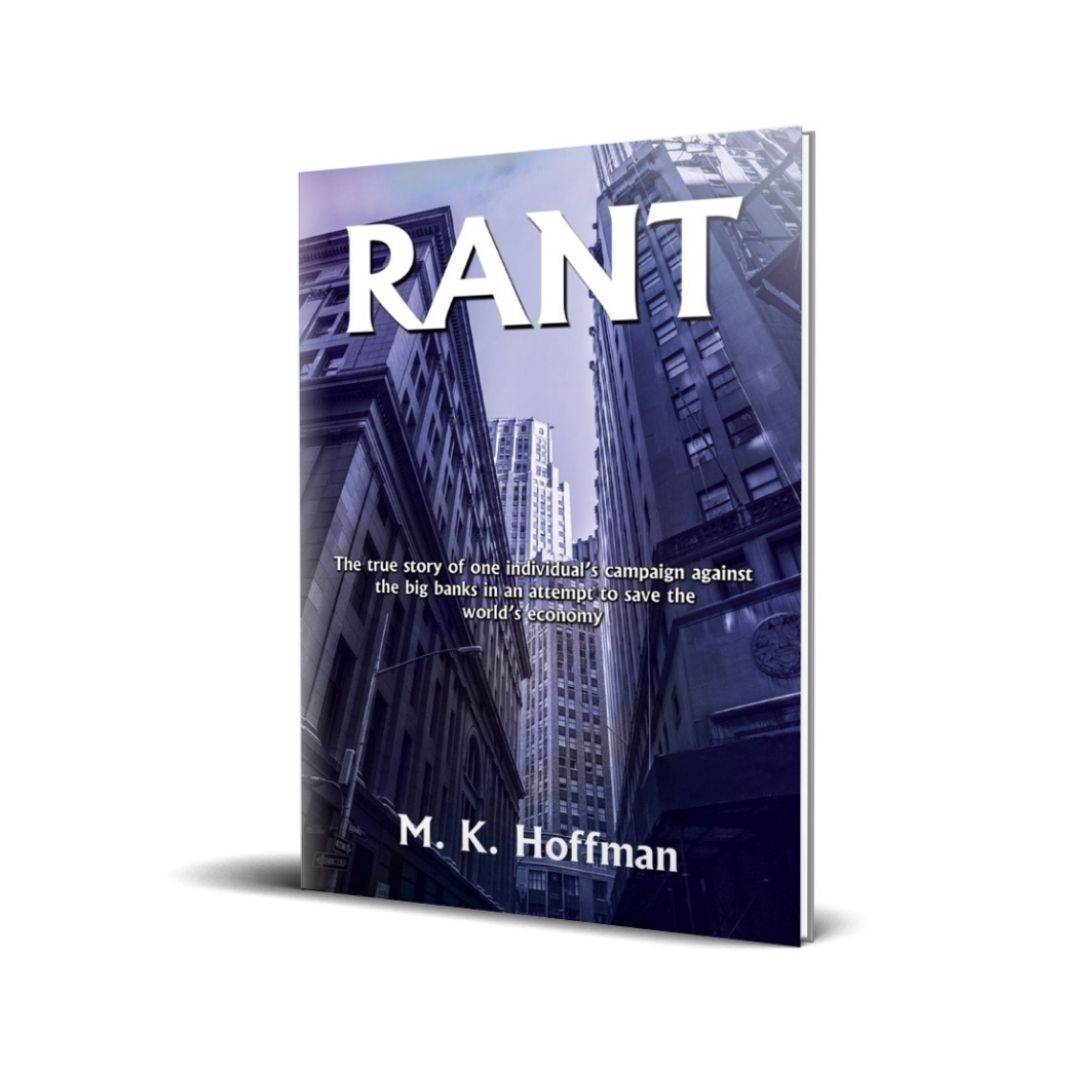 eBooks2go, an Illinois-based publisher for independent authors, proudly announces the release of M.K. Hoffman’s debut memoir “Rant.” The memoir tells the story of Hoffman’s fight against big banks in order to save the economy.

Throughout world history, empires have collapsed due to widespread corruption and lack of accountability; unfortunately, Hoffman came to realize that America could follow this trend, but he remains determined to prevent that from ever happening.

In his debut memoir, Hoffman exposes corruption within America's government and big banks while recounting his valiant campaign against it.

A main focus of “Rant” is exposing how financial institutions manipulated oil prices following Hurricane Katrina in 2005 — an act that Hoffman believes set citizens back financially and ultimately became a factor behind the start of the Great Recession. In the following years, he embarked on an epic journey to bring this misdeed to the attention of senators, trade commissions, the FBI and many others.

Hoffman faced his fair share of resistance throughout his crusade against corruption, but he never allowed any roadblocks to deter his fight for the truth.

With years of experience in macroeconomics, he’s able to take complex concepts and write about them in a simple, yet entertaining way that will resonate with any reader. As a proud Vietnam Veteran, he’s still devoted to protecting the best interests of his country however he can. At the moment, that’s through the power of “Rant.”

To learn more about Hoffman and his mission, “Rant” can be purchased from Amazon, Apple Books, Barnes & Noble, Google Play, Kobo and the eBooks2go Bookstore.

Compose your email to John Bean at eBooks2go.