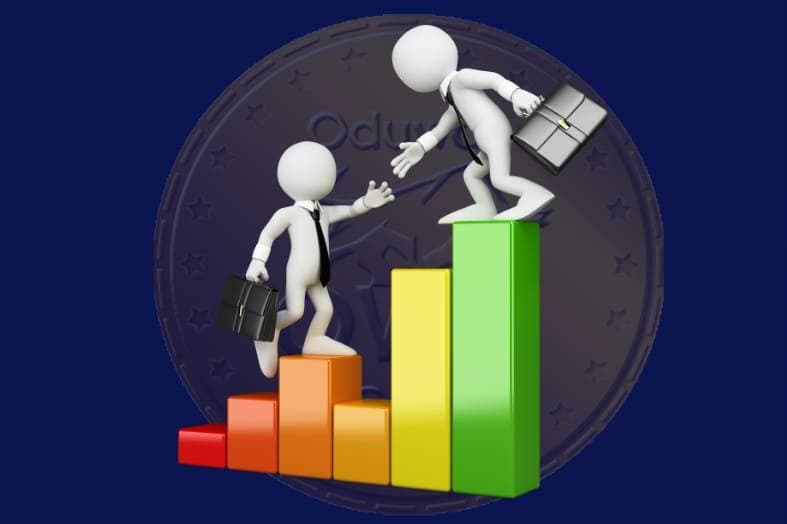 Oduwacoin Is Finding Its Way in the Global Market to Empower Africa!

The challenge with blockchain systems is that they have different functions and cannot communicate with one another.

This major barrier with communication is being resolved using wrapped tokens which creates a bridge that facilitates transactions from one blockchain to another.

This solution will facilitate automatic movement for independent blockchain cryptocurrency projects like Oduwacoin. This process will create bridges with other smart blockchains like BSC, Ethereum, and more without losing its value and total existing supply in the market to a full-fledged multi-chain system using Oduwaswap Network. Our network will prevent inflation, enhance fixed supply, and allow zero counterfeits using Oduwaswap Network at www.oduwaswap.com.

What are wrapped tokens???

A wrapped token creates a bridge that allows for interoperability between two blockchains, allowing coin owners to move their currency from one blockchain to another without changing the value.

The core challenge with people of African descent has been barriers in moving currency from one country to another on the continent before even trying to transact with the local soft currencies in the international markets.

Oduwacoin’s creation of a wrapped token within the Binance Chain (BSC) opens the gateway for Oduwacoin owners to expand the use case of their coins.

How does a wrapped Oduwacoin token work?

A merchant will send OWC for the custodian to mint, and the custodian then mints wOWC on BSC according to the amount of OWC burnt from the reserve to maintain the fixed supply on the network.

Once you bring your Oduwacoin to BSC, you can trade them or use them in various yield farming applications and on  NFT  platforms supported on BSC with a limited token supply.

The wrapping and unwrapping of Oduwacoin will cost significantly lower gas fees on BSC compared to other smart blockchains. The custodian that holds the 1 Million tokens, the equivalent of Oduwacoin assets that has been burnt, can be verified as proof that this reserve exists on-chain at oduwaexplorer.com on a given custodian wallet address.

What are the Benefits ???

Wrapped Oduwacoin can be used as a non-native token on Binance Smart Chain (BSC) to facilitate transactions.

This technology is creating the opportunity for Oduwacoin owners to become major players in the global digital economy.

The First  Pan-African cryptocurrency, Oduwacoin, is bridging the gap. “Your money should work for you and not against you.” - Bright Enabulele, The Founder of Oduwacoin.

As is said in business, wealth begins with ownership of assets. Oduwacoin is slowly but surely demonstrating that the technology behind Oduwacoin is designed to become a very viable alternative to Bitcoin for people of African descent and indigenous communities around the world.

Go to www.oduwacoin.io  to learn more and visit Oduwaswap.com for swap and redemption.

Compose your email to Amen Ogbebor at Amen PR Consultancy.