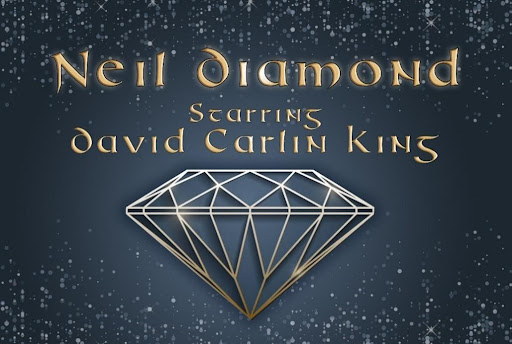 United States - 01/13/2022 — This year David Carlin King is bringing to the stage a tribute to the Solitary Man himself, the legendary Neil Diamond. In a show that is full of Diamond’s hit songs, audiences will rock to a musical media painting of the life and career of this amazing talent. David Carlin King brings his own captivating vocal interpretations of Diamond’s memorable works in new and fresh treatments of music’s finest songs ever. With favorites that include Sweet Caroline, Love on the Rocks, and Brother Love, crowds will enjoy a musical adventure through the biggest musical hits of our time.

This show targets corporate events, theaters, casinos, and the major retirement communities around the country starving for entertainment. Stay tuned…the world is opening up again and there is a powerful new show giving people the music they love from the songwriter and singer they revere. NEIL DIAMOND starring David Carlin King is destined to be music at its absolute best.

David Carlin King, vocalist, pianist, composer, and arranger is one of America’s premier talents. His extensive music repertoire spans the gamut from his new hit show, NEIL DIAMOND starring DAVID CARLIN KING, to rock and roll, jazz, folk, and country. Kings work shines in the blues, to unforgettable pop and folk renditions, to his long running Great American Music Show. Mr. King has performed both in the United States and in twenty-nine countries around the world as a solo artist and as a member of various performing tours. David has shared the stage with such greats as John Fogarty, Joe Perry, Winton Marsalis, Roberta Flack, Judy Collins, and an impressive list of many more. He has also performed for US Presidents and Foreign Dignitaries. Mr. King divides his time between his performing career and heading up The Carlin Company as a much sought-after producer and director for film, conventions, special events, trade shows, industrial shows, and live concerts. With his master’s degree in Music Composition and Theory, his professional career also includes song writing, scoring, and music direction for some of the biggest stars in the industry. His new show NEIL DIAMOND starring DAVID CARLIN KING is destined to be “music at its absolute best.”

Compose your email to Jerry Philpott at The Carlin Company LLC.