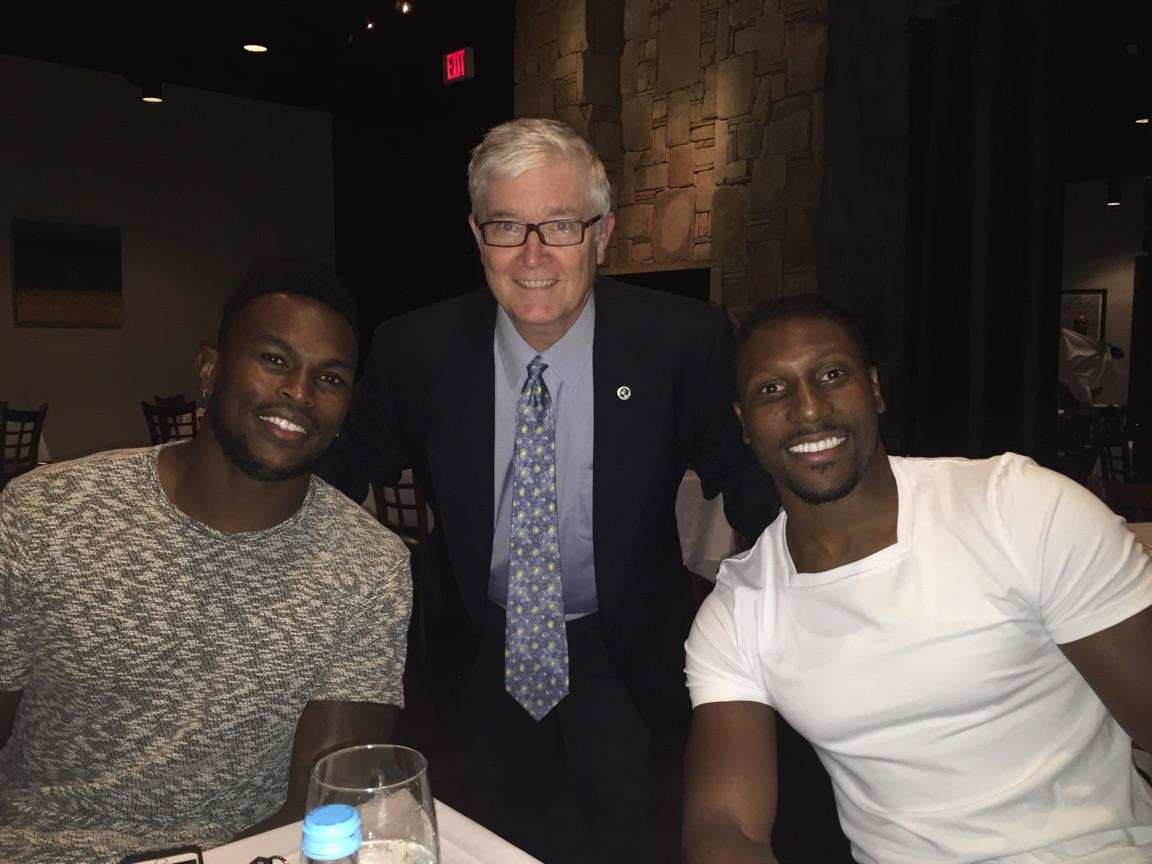 ATLANTA, GA - 01/15/2017 — July 23, 2016 marked the beginning of an unbeaten path to better overall health for retired NFL players in the future. Leading the way in Atlanta, GA is Pro Player Health Alliance, Dr. Bill Williams and the staff at Suwanee Dental Care, including Dr. Chad Schalk, Melissa Kremer and Naz Majdi. Suwanee Dental was selected by Pro Player Health Alliance to treat the former players in the local NFLPA chapter due to Dr. Williams' incredible experience in dental sleep medicine and status with the American Sleep and Breathing Academy. After screening/treating over 45 players, Dr. Williams and Pro Player Health Alliance are following up by bringing Julio Jones, Roddy White, Billy “White-Shoes” Johnson, William Andrews, John Gilliam, Alfred Jenkins, Roy Green, Derek Kennard and Jeff Van Note to Sweetwater Bar and Grill on Monday, January 16, 2017 at 6:30 PM for a public sleep apnea awareness/fan appreciation event. The event will be aimed at improving awareness and understanding of sleep related disorders in the general public and thanking the fans for their support on the Falcons' road to the Super Bowl.

Pro Player Health Alliance President David Gergen, is an icon throughout the dental sleep community and will be the MC for the event. Gergen will be on hand to help the public meet their favorite player and to share his extensive knowledge of sleep disorders including the dental treatment of sleep apnea. Fans will have the chance to win a signed football and other prizes just for attending.

Dr. Williams, who has been treating sleep apnea for over 20 years, was not surprised by the high prevalence of sleep apnea. “I’m honored to be able to help former players,” said Bill Williams. "Over the years more and more retired NFL greats have contacted me regarding their sleep apnea. I am happy to refer them to a dentist or medical doctor who can help them. In Atlanta, Dr. Williams is our guy. Suwanee Dental has top quality care and I'm happy to refer reitred players and their family's to them for sleep apnea treatment," said Gergen.

Pro Player Health Alliance (PPHA) is an organization dedicated to helping former NFL players, through providing testing and treatment options for those who suffer from sleep apnea. Since launching in April 2012, over 400 players have been treated through PPHA's "Tackle Sleep Apnea" campaign. Also, the PPHA is dedicated to integrating education and raising sleep apnea awareness, in a fun and memorable way. In addition to the campaign, PPHA is dedicated to testing and getting people who suffer from sleep apnea treated in the general public in communities across the country.

ABOUT SWEETWATER BAR AND GRILL

Since 1996, Sweetwater Bar and Grill in the Duluth / Lawrenceville area of Georgia has been one of Gwinnett County’s top spots for delicious food, affordable drinks, and a fun staff. Sweetwater Bar and Grill is well-known for its award-winning live music venue, karaoke, and comedy night, plus our friendly poker, dart, and billiards tournaments. We feature two well-stocked bars, nine professional eight-foot pool tables, twelve dart boards, and a full-service kitchen that serves food until 1AM (midnight on weekdays). Game fans can jump into all of the big televised sporting events including NFL Package, or sit back at the bar and enjoy Buzztime Trivia and Poker alone or with friends.