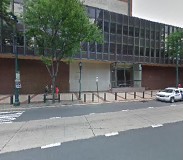 PHILADELPHIA , PA . - 05/05/2016 — Today the 3rd Circuit Ct.of Appeals affirmed the decision of the Judge Paul S. Diamond to close the case of Dorothy Hartman vs. Bank of New York Mellon c/o Bank of America , City of Philadelphia , and Prudential Fox & Roach Realtors . Dorothy M. Hartman who is a Graduate of Pennsylvania State University and the University of Pennsylvania in Science Education is also the founder of ABFYSELLERS GROUP INC. and the inventor of what she alleges are the ideas that produced the modern day Internet . Hartman claims that once she had shared her intellectual ideas with the federal government in 1990 to "commercialize telecommunications , using Cyberspace which is potentially infinite as a place in which to carry out transactions for goods , information , and services" that the modern day Internet was created . Although the prior telecom structure was mostly referred to as the 'internetting projects' with various names like bitnet , telenet , csnet , etc. with the Arpanet as its backbone- today's Internet is an integrated structure.  Hartman's ideas were used by the National Science Foundation to hire organizations like Merit Networks , IBM , and other technology agencies to revamp the NSFnet which was the holding place for the old Internet which had been retired around 1989 . Merit Networks is now referred to an the Home of Internet 2 . This revamping of the Internet basically using the ideas submitted by Hartman , she alleges ,is what lead to today's Internet that because of her ideas of using Cyberspace is capable of extending all over the world and beyond needing only the proper machinery to be accessible. http://telecomstraighttalk.com/invent-file/Hartman further alleges that the invention was stolen from her through injustice to her as a disabled African-American woman who lives on a pension . The Obama adminstration , FCC , and the USPTO all working in tandem favoring the gigantic Internet companies that have become so not simply because of their code writing and technology but because of her ideas of Cyberspace for which she has not been credited.  Her ideas on COMMERCIALIZATION of TELECOMMUNICATIONS in cyberspace is what made it possible for billions of consumers to participate on the Internet .  This is what made the gigantic tech and ecommerce companies rich , not just their technology gadgets but the ability to sell their wares to billions and that part came from the Inventor Hartman .http://telecomstraighttalk.com/hartman-proposal-to-fed-government-1990/

While they became rich because of the government's supervisory takeover of the Inventor's  intellectual property without compensation or credit to her  in anyway she says that in her personal life she became a target for bigotry and abuse by powerful agencies retaliating against her for standing up for her property rights both regarding the Internet and her own home purchased with her 30 years of employment. The Supreme Court affirmed the Federal Circuit Court of Appeals Affirmation of the United States Patent and Trademark Office Decision to deny the patent, Application #11003123 . The Inventor argues that a patent application should not have been necessary . She has never desired that much money - only what is due to her in fairness and justice . The government was aware of her presentations to their Small Business Innovation Programs in 1990 - asking only that she be granted $25,000-$35,000 to start her own home-based business. Her ideas were thoroughly reviewed by the National Science Foundation and used she alleges but she has never been compensated. Also she was turned down for any type of funding including a handicap assistance loan. As you can read in the Court's Opinion offered here , the Court affirms the Patent Office Decision .http://telecomstraighttalk.com/wp-content/uploads/2015/03/13-1070.opinion.3-6-2013.1.pdf It does not deny that she is the owner of the intellectual property and she has not ruled out further legal action against the government because patented or not , the IP belongs to her. Hartman alleges that essentially under the Obama administration Eminent Domain has been declared over what is her intellectual property without crediting her or compensating her in anyway . Hartman who is now 72 having submitted her ideas a few years before the age of 50 says that all she has ever wanted was to be acknowledged for her contributions and to received compensation in some manner . She is a human being , a full citizen of this nation and has civil and constitutional rights that continue to be violated by a racist , oppressive justice system . Instead of being recognized not even by honerable mention - instead she says that she has been subjected to being " criminalized " , "slandered as '13' and' crazy'", and now thanks to what she alleges is a racist and oppressive judge in Philadelphia has been denied a jury trial against perpetrators in powerful agencies . She alleges that she was deliberately targeted for the vandlism of her home and cars and then the illegal mortgage foreclosure - all of which enough evidence was presented in the case to take the matter to court . She alleges that the judge's actions sweep the municipal corruption from scrutiny of a public trial while at the same time attempting to scapegoat her for the extreme damages done to her and her property by those who consider themselves above the law and the unjust rulings have allowed them to do just that be above the law .  This while she is treated like most African-Americans as though she is a 3rd class citizen with no rights at all . She alleges that the history of the case which has lasted for more than 4 years with the filing of the Mortgage Foreclosure by Bank of New York Mellon c/o Bank of America in January 2012 , Court of Common Pleas in Philadelphia  has dragged on with her being 'put on trial' while the perpetrators 'walk free' and evidence simply ignored .While local agencies have trashed her home , destroyed her cars  literally carrying out an abusive hate campaign for the past 20 years with law enforcement looking the other way- and the police participating in it . Civil justice is impossible for her under such circumstances .

She finally began fighting back in 2013 when Bank of America formerly known as Countrywide Home Loans refused to refinance her mortgage even though she had a 705 credit rating and was paying her mortgage payments by automatic deductions from her bank account . One of the factors interfering with her application was the input of false information from City of Philadelphia property reporting agencies and the utility gas company which claimed that she $13 payment or balance on her account which was an out and out lie . Other irregularities and misrepresentations were erroneously reported regarding her property ownership rights on 2 properties - reporting others as the owner(s).  The inventor alleges that this collusion between the banks loan officer's and city of Philadelphia employees to defraud , slander and discredit her was based on prejudice and retaliation towards her for her lawsuits against a realtor , secretary of the city's civil service commission , and a police captain of the district where she lived .  Even though she sued these men in their capacity as members of the Condominium Board in which she had been the first black to purchase a condominium in that association- they were VIP members of city government in Philadelphia which has a history of corruption . Although she had been subjected to all kinds of abuse including racial epithets with the "N" word being used , signs of "Jesus , Face of Evil ", "suck 16 inches" and mostly fraud and lack of maintenance of her condo , they were dismissed from the major charges of Fraud and Discrimination receiving only a wrist slap on a minor count of Negligence .  She alleges that since that time , even after moving from there and purchasing her current home that she became a victim of more fraud by city utilities overcharging her , vandalizing of her home and cars as a number of the perpetrators live in the area surrounding the home . The real estate in the area is competitive and she alleges that racist realtors are always practicing some form of gentrification .

Just as evidence of fraud by the U.S. Patent Office was overlooked she alleges by the Federal Appeal's Court's decision regarding her invention the Accessing Accessibility Process which when reduced to practice comprises the Internet - she alleges that evidence was omitted and disregarded by the U.S. 3rd Circuit Ct. of Appeals by affirming the decision of Judge Paul S. Diamond to close the case and not allow factual or real evidence or potential witnesses to be admitted . The Inventor alleges that what has occured is first the vandalism of her property including home and destruction of her automobiles. Then the allowance of the fraudulent taking of her home by the Court failing to allow evidence that the case belonged in federal court and allowing the state court to take her home under proceedings where the change of venue and jurisdiction was ignored under the orders of a federal judge.  What occurred is what she alleges is the illegal destruction and confiscation of her home . The Judge simply ignored the evidence and the Court wrote law to affirm what he did even though the inventor alleges that according to federal law and U.S.C. 28 and 29 governing judicial behavior the Judge had disqualified himself . He had shown himself to be pervasively biased even violating the Inventor's right of Free Speech by ordering the Court's docket be perjured to show dismissal of perpetrators which she had not dismissed from her complaint . She says she has not ruled out criminal charges as she has been badly damaged and the judgment for her home has been $331,999.95 with no opportunity for her to be made whole . You can read the cases for yourself at Pacer.gov .http://telecomstraighttalk.com/federal-court/ The cases have been kept from mainstream media which is why the abuses have been rampant and overwhelming . " I rue the day that I shared my intellectual ideas with this government ". The Oligarchy , the racism and oppression is overwhelming . This explains the rise of nominees like Donald Trump and Bernie Sanders because the people and traditionally Blacks have had their rights sacrificed to big corporations for the past 30 years . The Internet leading to a lot of this wealth which has led to the overwhelming greed which feeds the dogs of oppression , I am sorry to say".  -  The Inventor