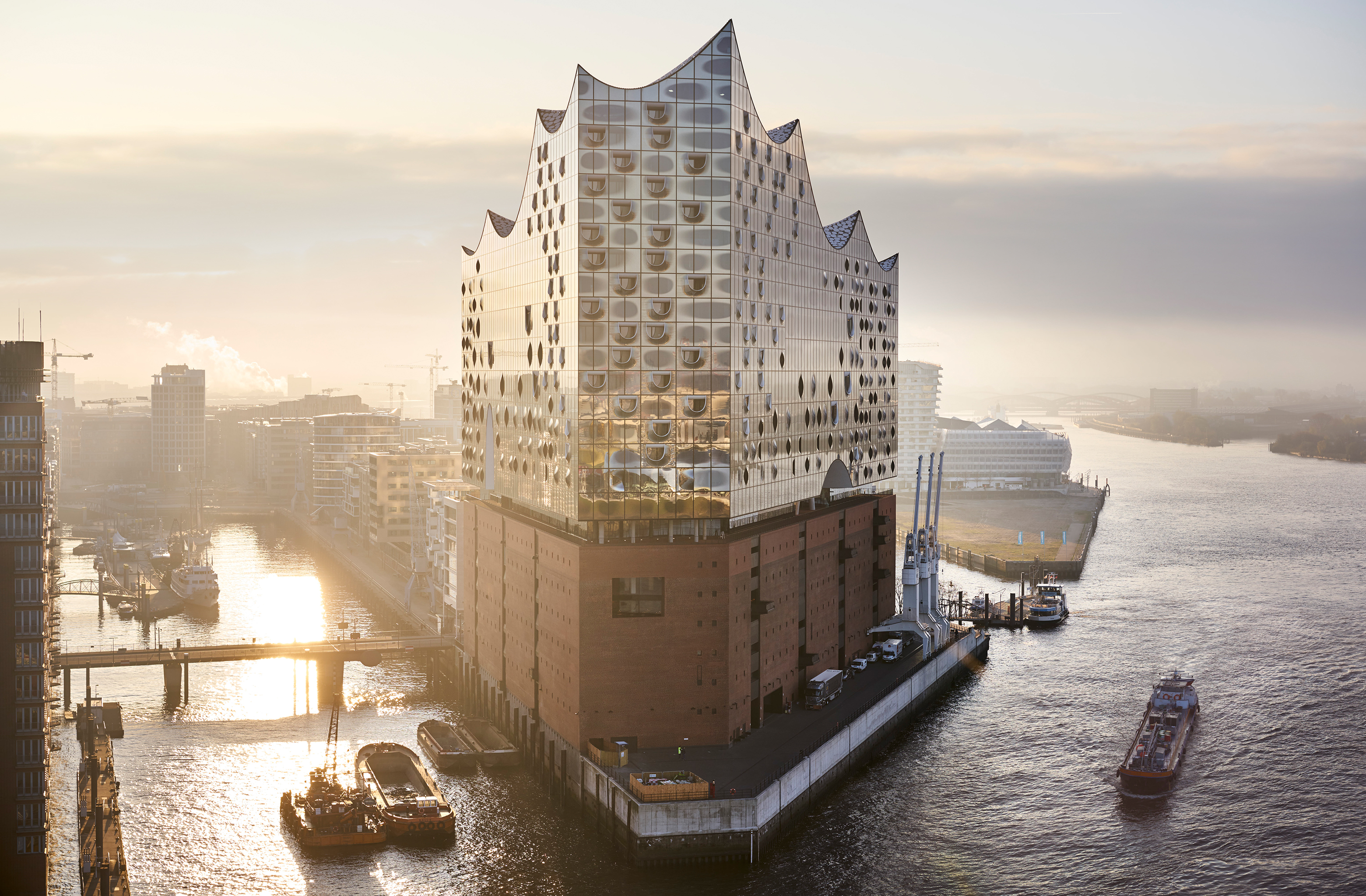 Hamburg, Hamburg, Germany - 01/10/2022 — Tomorrow, Tuesday, 11 January 2022, marks the 5th anniversary of the concert-hall “Elbphilharmonie” in Hamburg / Germany. The occasion will be celebrated with a gala concert by the NDR-Elbphilharmonie-Orchestra  as a part of a nine-day anniversary-festival. More information and live-streams: www.elbphilharmonie.de.

In cooperation with the local Museum for Arts and Crafts the Elbphilharmonie has commissioned the internationally renowned artist duo DRIFT from the Netherlands to create an extraordinary light-artwork for the anniversary. “Breaking Waves” will use hundreds of illuminated drones to playfully bring the façade of the concert hall to life. Due to the recent pandemic situation the show can now be seen from 28 April to 1 May.

In the short time of its existence, the Elbphilharmonie has by far exceeded all expectations: the quality and diversity of the music-programme is arguably second to none when compared internationally, and the unique building has attracted more global attention than any other new cultural-venue in this century. The fact that 3.3 million concert-guests have experienced over 2,900 inspiring music-performances since the opening certainly speaks for itself. With 1.25 million visitors per year the concert-audience in Hamburg has tripled over the past five years. The “Plaza”, the Elbphilharmonie’s viewing platform, has become a tourist magnet with around 14.5 million visitors to date. With these figures, the Elbphilharmonie even surpasses some of Germany’s top tourist destinations, such as Neuschwanstein Castle.

Five years of Elbphilharmonie also stands for the emergence of Hamburg’s new self-image as a city of culture. Culture has a long tradition here. And as the city is home to more than 300 cultural-institutions audiences can enjoy top-class cultural entertainment across the city. With the opening of the Elbphilharmonie, Hamburg now has a lighthouse that illuminates the entire cultural-landscape in all its diversity and well beyond the city limits. In recent years, Hamburg has also been able to position itself more strongly as an international tourism destination. Thus, between January 2017 and the end of 2019 overnight stays by guests from abroad increased by 16 percent.

Compose your email to Guido Neumann-Rabeler at Hamburg Marketing GmbH.