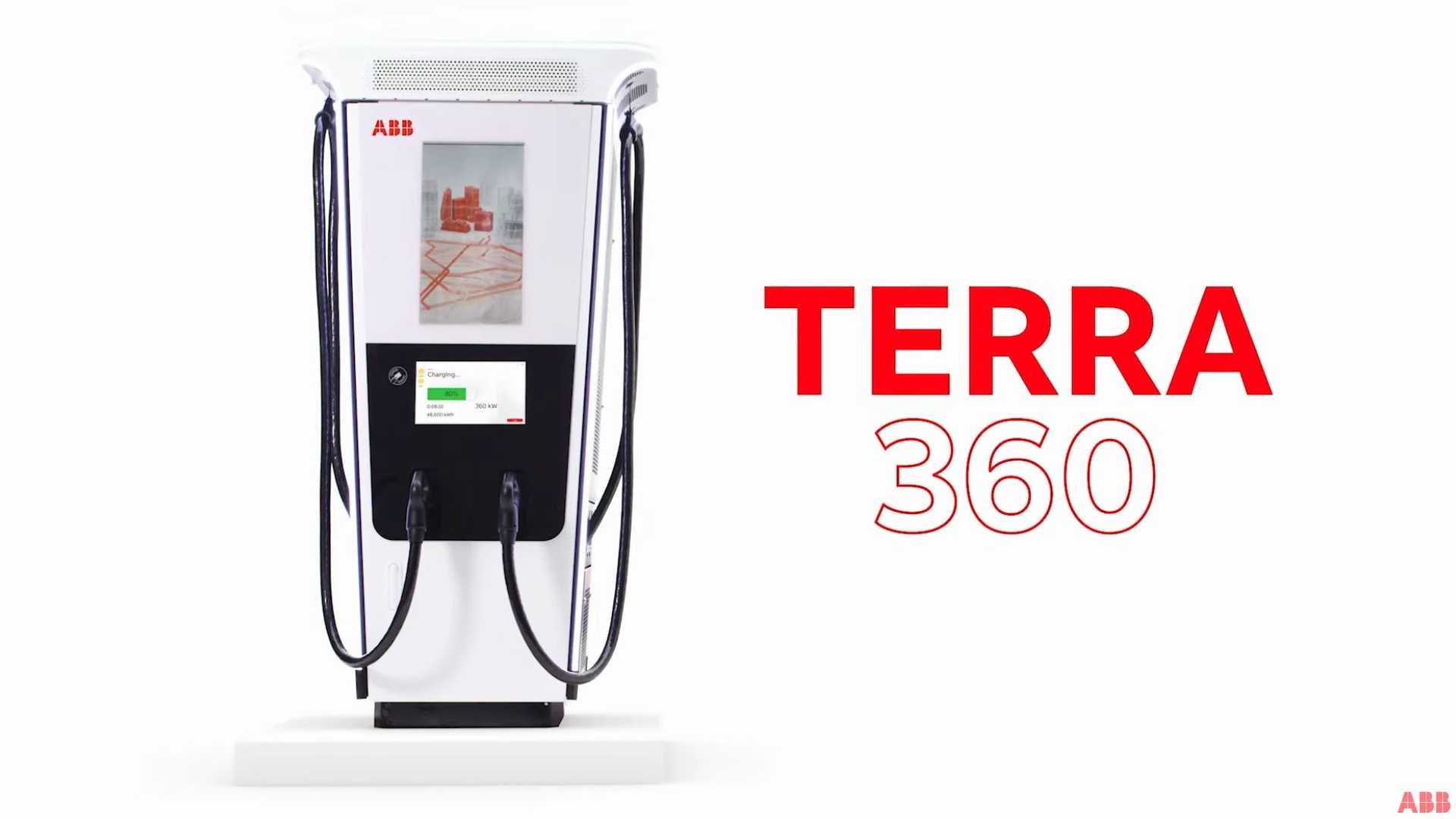 Last Thursday, Swiss company ABB launched the world's fastest electric car charger, which it says will charge any EV within 15 minutes. The Terra 360 – available throughout Europe by late 2021 – is an EV charging station capable of supporting four charging cars at any one time (with two plugs on each side). That means drivers connected to the charger won't have to wait for others to finish charging first. Even more impressive, it can reportedly deliver 100 km (62 miles) of charge in as little as three minutes.

While we're skeptical about the 'world's fastest' claim, its 360-kW maximum output remains impressive: amongst the highest on the market. Indeed, ABB claims that Terra 360's rapid charge time and four-person charge capacity is a revolutionary step forward for EV charging stations."As well as serving the needs of private EV drivers at fueling stations, convenience stores, and retail locations, Terra 360 chargers can also be installed on an organization's commercial premises to charge electric fleet cars, vans, and trucks."

This will be a great EV charger for retail, fueling stations, and rest stops. But I see entities like cities and other municipalities who have buses, trucks, and other fleet vehicles benefiting greatly from this type of charging speed,” states William McCoy, CEO of Current Dealers.

For many drivers, concerns about range anxiety – having enough power to get from A to B – have curtailed potential sales. Nor do drivers wish to spend hours waiting at charging stations. That's what makes the Terra 360 a game-changer: it eliminates both problems.

For more information about EV chargers and charging cars, head over to Current Dealers. We're experts in the EV market, able to assess your EV needs and create a cost-effective solution quickly. If you're looking for an EV charger for your home, office, and city, we're the turnkey EV charging solution for you!

Compose your email to William McCoy at Current Dealers.