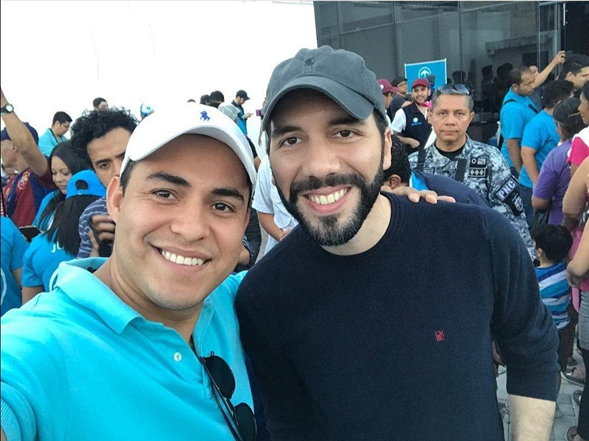 The truth about Henry Flores has come to light. And the voters of his party reject him as a candidate for Mayor of Santa Tecla.

In Nuevas Ideas, now, they recognize that they were the wrong candidate.

Bukele's friendship conditioned the votes in the internal elections.

Now, there is regret in the party. In Nuevas Ideas, they recognize that Henry Flores is not ready to be Mayor of Santa Tecla.

Absenteeism ‘hovers’ over the followers of Nuevas Ideas. An incorrect choice since this is how Bukele came to power.

The highest number of absenteeism in the country’s history, in an election, led the current President to win.

Corruption has caused the rejection of members of Nuevas Ideas. Even in San Miguel; Party militants reject Will Salgado and support Miguel Pereira, of the FMLN.

Bukele, rejected by the United States

The prestigious newspaper The Washington Post published that Bukele requested meetings with the Joe Biden Government’s and were denied.

The Salvadoran President is one of the first to feel the change of course, in the White House.

According to this newspaper, Biden has "differences" from the Salvadoran President.

Bukele and business with the maras

One of the factors that have most negatively affected the Bukele Government is its relationship with pandilleros.

In September, an investigation by El Faro uncovered one of Bukele y Nuevas Ideas' shadier businesses. The pacts with the maras.

Official documents of the Executive record since June 2019 negotiations of the current Government with imprisoned leaders of the MS-13.

Compose your email to Maria Emilia at Santa Tecla Información.